Jody Porter is poetry editor of socialist daily newspaper the Morning Star, the only English-language socialist daily newspaper in the world and the only newspaper in the UK owned by its readers. His poetry is forthcoming in the Best British Poetry 2013 from Salt, and has also appeared in South Bank, Rising, as well as in the anthologies Catechism: Poems for Pussy Riot and The Robin Hood Book: Verse Versus Austerity. Originally from Essex, he now lives in Stoke Newington. 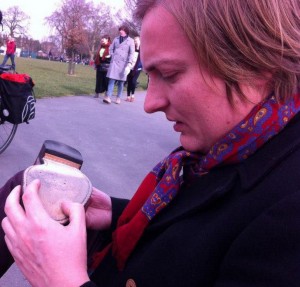