If you love music, you’ll love this event… 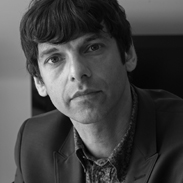 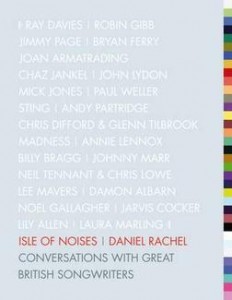 The questions are brilliant, really interesting . . . sometimes you know straightaway if someone’s going to be trotting out the same old stuff. You’ve obviously got a real feeling for the esoteric, romantic and spiritual side of it. Johnny Marr

We’ve got a programme littered with musicians this year. But there’s one with a real difference, tucked away upstairs at the White Hart on Saturday evening at 7pm.

Daniel Rachel – a musician himself – wanted to have in-depth, one-on-one conversations with 25 great British songwriters about their craft. From Ray Davies (who’s appearing later in the evening) to Lily Allen, the combination of intimate insights and the depth of knowledge in their collective experience makes Isle of Noises a history of fifty years of British songwriting, but from a totally unique perspective.

Daniel captures the magic and mystery behind some of the melodic masterpieces which have emerged from Britain over the last fifty years. His exceptional musical knowledge gives him scope to probe in the right places, and his natural curiosity sees him pick out fascinating detail; an enquiry about Laura Marling’s wrist tattoo reveals more than just its Latin translation, for instance, whilst Paul Weller talks about the Englishness of chronicling the mundane in terms of tea and biscuits.

The focus remains on the craft of song writing, rather than the tales of glamour and debauchery that often surround successful artists. (There are a several alternative offerings at the festival which will dish some dirt, though, should that tickle your fancy.)

Daniel will share some of the stories that these great musicians shared with him. They loved the project – some of their comments follow – and you’ll really love this insight into how songs like Waterloo Sunset, Alfie, Going Underground & Roxanne came into being.

A great set of questions. I’m proud to be part of this project. Ray Davies

I was astounded by Daniel’s knowledge and even after all these years to be asked original questions that surprise you was very impressive. Robin Gibb

I know you’ve had glowing reports from others – it’s really interesting how you did it. Jimmy Page

I’ve always been very wary about analysing songwriting. It’s always been a mystery to me where ideas come from. Bryan Ferry

I enjoyed the conversation very much. What did the guys have to say? Joan Armatrading

I want to read what Ray Davies said; a hero of mine. Andy Partridge

One of the best and most challenging interviews I’ve ever done. Great. Glenn Tilbrook

What you’re doing’s great and very important. The questions are brilliant, really interesting . . . sometimes you know straightaway if someone’s going to be trotting out the same old stuff. You’ve obviously got a real feeling for the esoteric, romantic and spiritual side of it. Johnny Marr

It’s a really interesting project. I bet no one says the same thing. Damon Albarn

I hope I’ve been able to shed some light onto my weird brain. Lily Allen