The Festival returns for its fourth year – and this year it’s bigger and better than ever!

As usual, most of our events will take place over one weekend – this year 7th to 9th June 2013. But the festivities begin a little earlier this year. 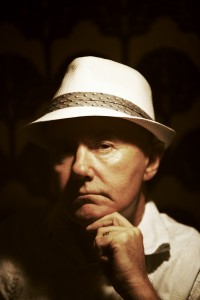 On Monday 3rd June we’re delighted to welcome the legendary Irvine Welsh. Once a Stokey resident, the Trainspotting author is flying over from Chicago to do an event with our friends at the Hay Festival, and they very kindly agreed to let us bring him back to his old N16 stamping ground before he goes home. Irvine will be in conversation with another writer quickly building his own reputation as a literary bad boy, John Niven, author of Kill Your Friends and The Second Coming. John and Irvine are old friends and together form the filthiest sports commentary team you’ve ever had the (mis)fortune to read on Twitter. They’ll be supported by performances from local Stoke Newington voices, and this event will be the early gala opening event for the 2013 festival.

Then, on Thursday 6th June, one of Stoke Newington’s newer part-time residents takes to the stage. Thurston Moore of legendary art-rock band Sonic Youth will be jamming with local musicians at an intimate gig in N16 (full details still to be announced). Apart from being the driving force of one of the greatest alternative bands of all time, Thurston is also a writer, composer, poet and artist. We’re not yet sure what he’ll be doing on stage. Frankly, he can do whatever he likes. It’s going to be awesome anyway.

Into the festival weekend proper we have our usual eclectic mix of readings, comedy, music and discussion. Stoke Newington Town Hall will once again host our bigger names, with other venues all across Stokey. We’re still confirming who goes where and when, but we can say that our beloved Richard Boon, inventor of Indie music and now the World’s Coolest Librarian(TM) will be returning with the ever-popular Juke Box Fury on Sunday afternoon. This year, Richard invites Guardian music writers Jude Rogers, Pete Paphides, Alexis Petridis and Dorian Lynskey to pick a track they love, tell us why and argue over who has the best taste.

On Sunday afternoon, Suzanne Moore will be in conversation with Caitlin Moran. In commemoration of Mary Wollstonecraft, one of the founding feminist philosophers, who lived and worked in Newington Green, Caitlin will be discussing modern feminism and the extraordinary success of her book, How to be a Woman. 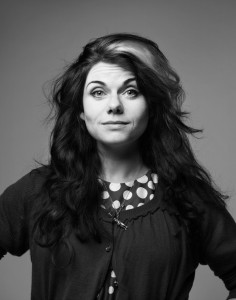 This is just the start. There will be around sixty events in total over the weekend, and we’ll be announcing the full programme within the next seven days.

A limited number of weekend tickets are now on sale now, as are tickets for Irvine Welsh and John Niven. Individual event tickets will be on sale by the bank holiday weekend. Check back here for regular updates as we announce the full line-up!